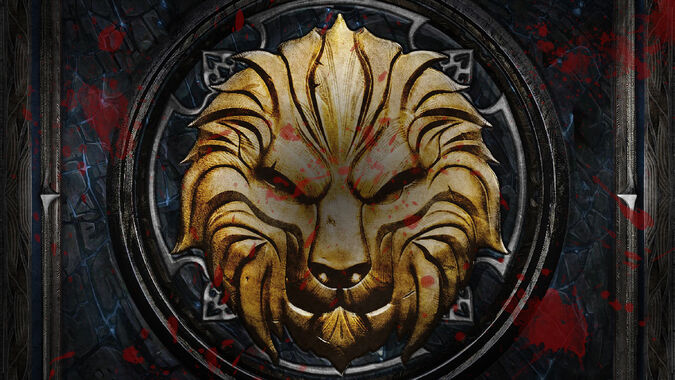 The Fighting Fifth Wiki! This website is dedicated to chronicling and storing information relevant to the Fighting Fifth, a roleplaying guild on the Moon Guard-US server. It includes pages about characters, creatures, locations, art, player-written stories, campaign lore, world lore, and much more. The contents of this wiki contain mostly fanon and extra-canonical contributions by guild members and officers. In no way are the writings herein to be used to refute or invalidate the official World of Warcraft canon.

Members of the Fighting Fifth are encouraged to join and contribute to our wiki. To contribute, you must log in or sign up for a free account. To create a profile page for your guild character, type in your character's name below! Questions about wiki editing and page creation should be directed towards Theodora Stonewall.

The Fighting Fifth Wiki is meant to be a source of out-of-character information and should not be used in-character without the original player's or content creator's expressed permission. World of Warcraft content and materials are trademarks and copyrights of Blizzard or its licensors. Content featured here are works of fan fiction and are not intended as forms of copyright infringement. This site is not affiliated with Blizzard.

The Fighting Fifth Wiki's layout was inspired by the original Moon Guard Wiki and is licensed under the Creative Commons Attribution-Share Alike License.

Heart of Sorrow was a narrative campaign that took place in the Swamp of Sorrows, located along the borderlands of the Kingdom of Stormwind. Towards the end of the Blood War, the Banshee Queen Sylvanas Windrunner betrayed the Horde and fled into hiding along with her loyal followers. The Alliance and Horde then signed an armistice, officially ending hostilities between both factions. This peace allowed both factions to focus on the hunt for Sylvanas and the growing threat of the Azerite crisis and the rise of N'zoth, the Old God of the Deep. The threat of Sylvanas' loyalists was much closer than originally anticipated, however, as her agents began striking covertly at the homelands of the Alliance and the Horde.
Read More...

Lord Edrington Wilhelm Grunwald, Baron of Umberfall, 'Of the Laurel,' ACL is the patriarch of House Grunwald and ruling baron of Umberfall, a territory located in the Redridge Mountains. He serves as a military officer in the Fifth Legion, a multinational force in the Grand Alliance Army. Formerly, he was the first Lord Governor of the Kingsland royal colony, where he also commanded the Kingsland's Colonial Guard. He has developed and proposed new ideas on the use of gunnery in warfare, authoring The Musket Methodology, a book that discusses these concepts at length. In later years, he took up the study and teaching of history and politics, publishing his Commentaries on the Fourth War.
Read More...

Retrieved from "https://fighting-fifth.fandom.com/wiki/Fighting_Fifth_Wiki?oldid=1075"
Community content is available under CC-BY-SA unless otherwise noted.